New Interview of Jamie and Cillian Murphy with The Irish Echo 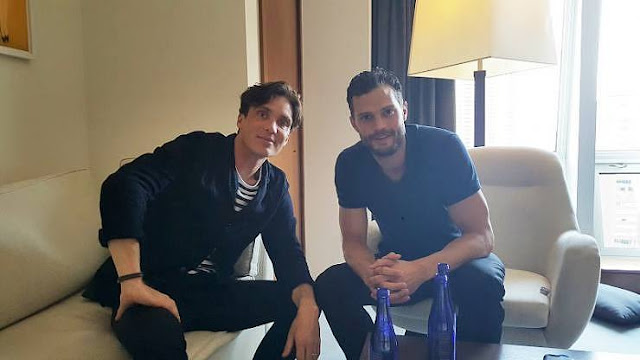 Douglas, Co. Cork’s Cillian Murphy and Jamie Dornan, who was born in Holywood, Co. Down, say they signed on to star in “Anthropoid” because the movie brings to life an extraordinarily powerful, albeit little-known, chapter in World War II history.

Helmed and co-written by Sean Ellis, the film is based on the true events surrounding the 1942 assassination of Reinhard Heydrich, whom Adolf Hitler once admiringly referred to as the “man with the iron heart.”

Murphy and Dornan play Jozef and Jan, soldiers from the Czechoslovakian army-in-exile, who parachute back into their occupied homeland on a mission to kill Heydrich, one of the high-ranking Nazi architects of the Holocaust, AKA as the “Butcher of Prague,” with the help of local members of the resistance. After the daring move sent a clear message of rebellion to the Nazis, the Czech people were subjected to devastating reprisals.

“I didn’t know anything about this story and it was just a really, really absorbing read from the get-go and then you add the director to that… You kind of go, ‘Wow, this is not a story I’ve heard of and I really believe in the director.’ So, then you’re kind of in,” Murphy told the Irish Echo about “Anthropoid” in a recent sit-down interview in New York.

“There’s something about telling stories that are pieces of history that actually happened that I find all the more compelling and attractive and alluring, I think. But, for me, I couldn’t fail to be moved and totally knocked out by this story of these men and women who were responsible for achieving their goal,” remarked Dornan, who sat beside Murphy during the chat. “Those panic attacks [Jan experienced] and that hesitancy of the situation of feeling very vulnerable and maybe even a bit over your head. As much you like to think you’d be such a man in those situations, the reality is I’d probably be closer to Jan. I’d be absolutely terrified, so I found that very relatable.”

Murphy said he hadn’t known Dornan, but became obsessed with the other actor’s show “The Fall” (in which he plays a Belfast serial killer) just before they were offered their roles in “Anthropoid.” Once they started to work together, the pair became fast friends.

“It’s a gamble. When you’re making a two-hander, you hope that there will be some connection… and that the connection that you have will transfer onto the screen. So, I guess it’s good casting and we just happened to get on,” Murphy offered.

“I think if I did any job with Cillian, we would have got on famously and we’d be friends on the other side regardless and feel that sense of brotherhood, but I feel like this is so – and I’ll include Sean in this, as well – it was such a brotherhood and we were such a tight, little unit and I felt that every step of the way, we had each other’s backs and we were in it together and that is very empowering and very vital and rare, very rare in making TV or film or whatever it is. But, also, the story and what these boys went through together, it definitely added to the bond,” said Dornan, who is best known these days for his work in the “Fifty Shades of Grey” trilogy.

So, what got Dornan and Murphy through the days they had particularly grueling material to shoot?

“Well, I provided the comedy. Cillian is not naturally a funny person,” Dornan teased his co-star, who laughed in response.

“I am one for trying to break up the sort of darkness. If you’re filming and you’re doing something particularly bleak or harrowing or dark, I’d be the first person to try to break the ice a bit and have a bit of fun along the way because I personally think that’s important and I feel that I would work better if I’m more relaxed.”

“We did two of the most emotional scenes – I think it was Jamie’s breakdown scene and then my breakdown scene – shot on the same day,” Murphy revealed. “It was just a quirk of scheduling that it happened to be like that, but, like in the interim, I just remember us as having a lot of fun because you have to. You can’t sustain that [intensity] for 24 hours or 18 hours or whatever it is that you are on set. It’s impossible.”

Dornan said when the cameras weren’t rolling, he made weekend trips home to London to visit his wife, singer-songwriter Amelia Warner, and their toddler daughter. Meanwhile, Murphy’s spouse, visual artist Yvonne McGuinness, and their two kids came to visit him in Czech Republic when he wasn’t on set.

“When you are working on something as immersive as this – and, generally, a lot of the roles I end up doing are kind of immersive – so you kind of have to cancel reality… You don’t speak to your friends, you kind of forget what’s going on in the real world because you have to create this private space where you can fully invest in these characters and it can be hard,” noted Murphy, who is also the star of the TV series “Peaky Blinders.”

“But, listen, I cannot stand actors that give out about their profession. We are very, very lucky and it was a beautiful summer to be in Prague and we were very well looked after,” Murphy emphasized. 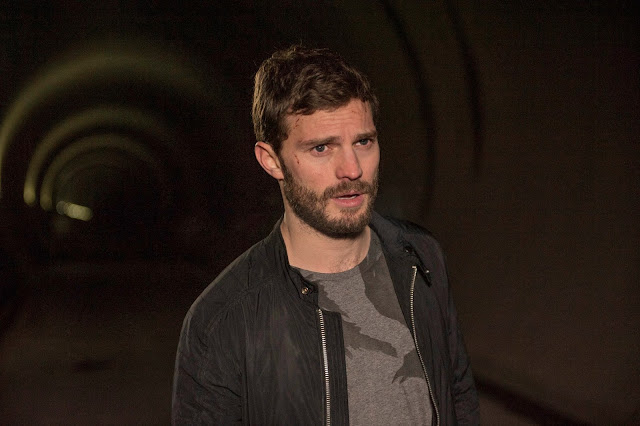